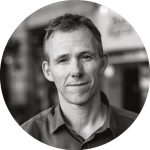 Professor of Politics at Queen Mary University of London, where he co-directs an ESRC-funded project on party members.

Although we need more research before we can categorically confirm that it was ‘the young wot swung it for Labour’ at the General Election, it looks more than possible. And, although their support for Jeremy Corbyn was rooted in more than just tech-savvy campaigning, we can’t afford to dismiss its role in converting youthful enthusiasm into actual votes on the day.

One of the fascinating things about what happened on 8 June is that very few people saw it coming. Election analysts, going on past experience, figured that the young people pollsters managed to sample either wouldn’t bother to turn up on the day or, if they did, would end up simply adding to Labour’s support in seats it would win anyway.

Even more interesting, however, is that the parties and their candidates themselves had no more idea than the rest of us of what was about to hit them. Conservative campaigners on the ground only began to get worried a few days out – if they were lucky: many didn’t wake up to the wave that was about to break over them until groups of young voters began rocking up to polling stations on the day itself. And many Labour activists will admit privately that they didn’t have much more of a clue than their opposite numbers: just as pollsters find it notoriously difficult to get hold of young people – no landlines, not in (or awake) in the day, out in the evenings, not into party politics, etc. – so, too, do canvassers.

But this poses a puzzle. If canvassing didn’t ID these young Labour voters, then they weren’t brought to the polls by traditional means like ‘knocking up’ (i.e. by their names appearing on a list of promises, that list being checked against records taken by tellers at polling stations, and then, if they weren’t down as having voted yet, them being contacted and urged to do so).

That doesn’t mean, however, that Labour activists had no role whatsoever in getting the youth vote out. Rather, it means that we probably have to adopt a broader view of what constitutes activism nowadays – and adopt a slightly less sceptical view of the utility of online rather than offline campaign activity.

As part of an ESRC-funded project on party members run by me and Monica Poletti at Queen Mary University of London, along with Paul Webb, from the University of Sussex, we surveyed thousands of members of six UK parties: the Conservatives, Labour, Lib Dems, SNP, UKIP and the Greens. Most of them were questioned just after the May 2015 general but, in Labour’s case, because of the huge influx of new members, we sent out an additional survey after the 2016 local elections.

Those surveys give us some idea of how Labour members compare to Conservative and other party members when it comes to different campaign activities. Cutting to the chase, what it reveals is that Labour is some way ahead of the Tories when it comes to online if not offline activities.

If we take offline activity first, then the two parties’ memberships are fairly evenly matched: leaving aside the thorny topic of over-claiming (which, importantly for our purposes, is no more likely to affect one party’s members more than the other’s), some 43% of Tory members claimed to have delivered leaflets at some stage during the 2015 general election, compared to 42% of Labour members. The proportion saying they did a bit of canvassing (either by phone or in person) was 36% for both parties.

If we then look at online, however, there are big differences. Some 40% of Tory members claimed to have liked something from their party or one of its candidates on Facebook at the 2015 election; but the figure for Labour members was 51%. As for tweeting or re-tweeting messages supporting their party or its candidates on Twitter, the figures were 26% and 37% respectively.

When we asked Labour members who joined the party after the 2015 General Election, many of them, no doubt, to vote for Jeremy Corbyn, we found they were much less likely than pre-2015 members to have leafletted or canvassed, although whether this was because they were less inclined to go ‘on the doorstep’, or because they hadn’t yet been asked to or because no-one gets as excited about local elections as they do about general elections, we don’t really know. But the proportion who’d campaigned on Facebook (54%) and Twitter (34%) was very similar to the one we found in 2015.

Could it be that it was this sort of activity, rather than the traditional kind, that mobilised younger voters to come out for Corbyn (and not May) on 8 June, explaining why their imminent appearance at polling stations wasn’t picked up beforehand? If so, ‘clicktivism’ is something we should take much more seriously from now on.