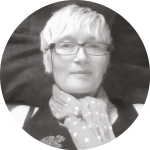 Teaches environmental communication at Bournemouth University and worked at the Advertising Standards Authority on environmental claims (2007-10) under the chairmanship of Lord Chris Smith. She is the author of Environmental Advertising: New Forms of Transnational Persuasion (Routledge, 2018).

In the aftermath of the June 8th election, some have spoken of “the return of the two-party system” (Channel 4 @FactCheck on Twitter, 9th June). Whilst, on the surface, the numbers support that analysis, it misses the grassroots significance of the ‘progressive alliance’.

The Greens wrote to the Liberal Democrats, Labour and Plaid Cymru in 2016 proposing an anti-Brexit alliance in the event of a snap general election, which they suggested could prevent a Tory / UKIP / DUP coalition. Caroline Lucas, with Labour’s Lisa Nandy and the Liberal Democrat’s Chris Bowers, published The Alternative: Towards a New Progressive Politics (2016). The Greens made the call for a coalition again the day after May called the general election.

Lucas remains the Green Party’s sole MP, but doubled her majority in Brighton Pavilion on June 8th – thanks to an alliance where the Lib Dems stood down, and many Pavilion Labour activists concentrated on campaigning in nearby Kemptown. However, she consistently punches above her party’s weight. Elsewhere, Green parties have entered national government in Belgium, Finland, France, Germany and Italy – coalition being “the dominant mode of party government in democracies” (Poguntke, 2002, Environmental Politics). Here, the goal must be proportional representation (PR). Today’s political landscape (the rise of UKIP and the SNP, each of which may yet resurge) means others are listening. Corbyn’s Labour and the Greens have much in common, from fracking opposition to the scrapping of tuition fees. Lucas’ calls for a ‘progressive alliance’ were taken up, at grassroots level, by Green and some Labour and Liberal Democrat activists.

Several ‘progressive’ tactical voting websites also operated: Tactical17, Avaaz’s ‘Vote Smart’ and The Progressive Alliance set up by Compass. The PA Twitter publicised suggestions: Lib Dem’s Vince Cable for Twickenham and Labour’s Fiona Onasanya for Peterborough, both of whom did win their seats from the Conservatives. On the other hand, their picks of Vix Lowthion for the Greens on the Isle of Wight, Raushan Ara for Labour in South Thanet and Chris Clark for Labour in Sevenoaks did not. It is notable the Greens stood down in Twickenham, and UKIP stood down in Peterborough, part of the other unofficial alliance of this election, between UKIP and hard-Brexit Conservativism.

These uneasy alliances, unfolded in the marginal seat of Bury North. UKIP stepped aside, because the Conservative incumbent was a Brexiteer. The Greens likewise, potentially lending their votes to Labour, and the Lib Dem candidate suggested his supporters vote tactically. Labour took the seat. But, the Lib Dems still picked up votes. Labour’s win can be attributed partly to the alliance (with the Greens’ full commitment and the Lib Dems’ partial one) and partly to the UKIP vote peeling substantively towards Labour as well as towards the Conservatives.

The Labour leadership and National Executive Committee took an official negative line on the progressive alliance. In Jeremy Hunt’s constituency, local Labour, Lib Dems and Greens collaborated to support the National Health Action Party in a bid to unseat the Health Secretary. The Greens withdrew and the other two parties agreed not to campaign. Three Labour activists were expelled from the party as a result, adding to grassroots antipathy towards General Secretary Iain McNicol (ignited by purges of members during Corbyn’s leadership bids, which saw expulsions merely for re-tweeting Caroline Lucas). Labour did not stand down any candidates for the Greens. Constitutionally, it cannot do so. Nonetheless, there were some local arrangements which saw the Greens step aside to help Labour, as (successfully) in Bristol North West, key being an MP’s support for a second-referendum on the EU exit deal and for PR.

Electoral risks prevented the Liberal Democrat and Labour leaderships from officially supporting alliances. The Lib Dems worried after their collapse following coalition with the Conservatives, and Labour wary after Cameron’s insinuation of an SNP / Labour coalition played badly for Ed Miliband. Whether the Greens will go into the next election pursuing the same high-minded long-game strategy (of holding the Lib Dems to an anti-Tory position and softening Labour up to support proportional representation) given what were only partially reciprocated collaborations, remains to be seen. Lucas, in an interview on Radio 4 on 9th June sounded a little despondent as she said the Greens had been “squeezed” in the election and it was difficult to get their voice heard.

Nevertheless, whilst there are many elements to which we might ascribe the 2017 Labour surge, the Green drive for progressive alliance was undoubtedly one. We saw this in Brighton Kemp Town, Bristol North West, Bury North and Derby North swings to Labour, where the Greens stood down and the Lib Dems agreed to reduce campaigning. A less piecemeal alliance could help prevent the Tory / DUP arrangement next time. Had the Liberal Democrats joined the Greens in not fielding a candidate against Amber Rudd, Labour would likely have gained her seat.

The youth, whom this election has newly energised, are green-inclined. Fox hunting, although it received almost no mainstream media traction, was a big issue on Facebook this election. Youth are also talking about PR and don’t view first-past-the-post as fair (Channel 4 News, 9th June). Green Party strategy would do well to engage vigorously and build support for PR in grassroots conversations, online and offline. And, given that we are living in an era of hung parliaments, Labour would do well to listen.