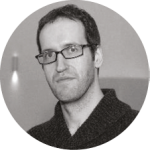 Lecturer in British Politics at the University of Liverpool. Researches political rhetoric/oratory.

When the House of Commons gave Theresa May the required majority of votes to call a snap election she appeared to be in a commanding position to increase her number of MPs. In contrast to this Jeremy Corbyn’s Labour Party seemed set to lose the election dramatically, with some pollsters suggesting Labour may return with as little as 185 seats.

As is well documented elsewhere, the election was called to strengthen May’s hand in the Brexit negotiations as a way of showing the European Union negotiators that the British electorate were behind her. In the event, the Conservatives went on to suffer a major defeat. Such was the scale of the defeat that May not only failed to secure the landslide demonstration of support she wanted, but lost MPs to the point where the Conservatives no longer had a Parliamentary majority. As a rhetorical show of strength to the EU this was a spectacular failure. But why did the campaign fail so dramatically?

In the academic study of political rhetoric there are the Aristotelian modes of persuasion. These are ethos, pathos, logos. The first refers to character/credibility; the second refers to use of emotion; the third refers to empirical evidence. These represent an analytical framework around which it is possible to deconstruct political speech as a means of highlighting how an audience can be (de)motivated by a rhetorician. In terms of the General Election, May’s ethos was as a strong and stable leader who would push hard for a right deal for Britain. Her pathos was patriotic, insomuch as she sought to instil national pride in the electorate, and her logos was one of economic prosperity. In contrast, Corbyn’s ethos was compassionate and caring, his pathos was one of anger at social inequality, and his logos was economic investment and fairness. These two leadership positions contrast sharply and so offered very different trajectories for the United Kingdom.

However, as the campaign progressed May’s ethos (character) began to shift. Although the message of strength and stability was repeated often, her level of engagement with the campaign prevented her from expanding on what those points meant or how they would be of benefit in the Brexit negotiations. For example, the rhetorical ethos of leader is communicated to audience’s via media engagement. Yet May made it clear she would not participate in debates, her public meetings were largely stage managed, and her speeches tended to be to pre-existing supportive audience. Consequently she rarely spoke to audiences who did not agree with her. By avoiding the voters in this way May was unable to convince doubters to lend her their vote, or even to confirm to sympathetic audiences that she was indeed strong and stable. By not growing her ethos in a way that would instil confidence in her leadership, the audience rarely listened to the logos of her argument.

In contrast to this Corbyn’s rhetorical strategy was one of mass audience engagement. He often pulled in large crowds in safe Labour seats that were then transmitted by mainstream and social media towards undecided voters. By doing so Corbyn was able to communicate his message in a way that May was incapable of emulating.

Ordinarily in a Parliamentary system we would not be simply looking at the leaders, however given May sought to run the campaign in a largely presidential manner the leaders of the two parties became focal points for the performance of their respective parties. Indeed, the branding of the Conservatives election literature revolved firmly around May whilst Corbyn became a firm figurehead of Labour’s campaign.

Finally, it is worth reflecting on why both May and Corbyn performed as they did. Put simply, May was untested in a campaign where she would be the focus of attention. For example, she did not campaign beyond the Parliamentary Conservative Party in the 2016 leadership election, nor was she prominent in the EU referendum. Had she been so she may have gained some of the necessary skills of defending an argument to an unsupportive audience and, by doing so, growing her ethos and personal confidence. In contrast Corbyn has had a political life of campaigns. As well as a lifetime of campaigning he fought for and won the leadership twice. His experience as a campaigner shone through in this General Election. Consequently, whilst Corbyn was able to grow his ethos to every growing crowds, May’s ethos slowly declined thereby leading the Tories into a major defeat right at a time when she wanted to strengthen her hand in the Brexit negotiations.

At the time is writing it is unclear whether May will remain leader, but whoever leads the Tories into the next election will need to be a seasoned campaigner if they are to defeat Jeremy Corbyn.