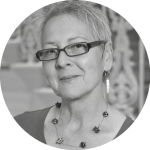 Professor of Gender and Media at the University of Newcastle.

I’ve been researching the relationship between gender, politics and media for 20+ years but GE2017 provided me with my first opportunity to consider a British general election campaign which had a woman in the top job. Would designer style and décolleté feature as strongly as ‘Brexit-means-Brexit’ and border closures? As it turned out, campaign coverage in relation to gender was rather more complex and mostly, journalists were not overtly sexist in terms of their coverage but more subtle strategies of undermining and trivialising women as political actors were still in evidence. The precedent set in GE2015 for set-piece leaders’ debates to include the leaders of the smaller parties was carried over to this election so that Caroline Lucas, Nicola Sturgeon and Leanne Wood all had premium airtime and the media’s verdict on their performances was reasonably even-handed.

For Wood, the behaviour of two male panellists towards her – David Davies (Question Time, 4 May) and Paul Nuttall (Leaders’ Debate, 18 May) – provided two explicit and very public examples of sexism. In the case of Davies who was manspreading into her space in a faux avuncular fashion, Wood was soon trending on Twitter with her “I won’t be intimidated by anyone” tweet after the show ended. In the Leaders’ Debate, Nuttall repeatedly addressed her as ‘Natalie’ which she corrected him each time but his apparent failure to hear her and thus repeated misnaming was parodied as his inability to distinguish one woman from another. Both these examples were political own-goals on the part of the perpetrators and the speed with which both incidents went viral on Twitter meant that mainstream media were forced to pay attention and cover the stories, boosting Wood’s visibility and calling out sexism.

Theresa May, on the other hand, went on the gender offensive from even before the get-go, saying in an interview with the BBC (2 May) that she intended to be a “bloody difficult woman” during the Brexit negotiations. When asked about her remark, Jean Claude Juncker’s chief of staff Martin Selmayr said adroitly that his boss believed her to be an “impressive woman and a very impressive negotiator.” Difficult or impressive, or impressively difficult, readers with a political memory which extends as far back as last year will recognise May’s appropriation of this phrase, originally uttered about her by Ken Clarke in an unguarded moment and subsequently broadcast by Sky and #bloodydifficultwoman was soon trending on Twitter. Unfortunately, May was unable to make much capital out of this initial ploy because her media (non)strategy was significantly criticised by parts of the media, reinforced by the Twitterati and condemned by the public through various talkback shows. Slogan politics can only ever work if the slogans are matched by action and in May’s case, ‘bloodydifficultwoman’ and ‘strongandstable’ were undermined by her refusal to participate in any of the televised leaders’ debates, her withdrawal from Woman’s Hour and her appearance on the One Show (9 May) with husband Philip where she insisted that there were ‘girls’ jobs and ‘boys’ jobs in the May household.

It is absolutely the case that women politicians, including Prime Ministers, provoke a media attention which is different to their male counterparts and this propensity, coupled with the slide to infotainment resulted in women on both sides of the political divide being particularly vulnerable to gleeful accounts of ‘car crash’ interviews, from May herself, to Justine Greening to Diane Abbott. While the reporting of these women’s failures, mostly for not knowing how the numbers stack up, was not overtly sexist, the ‘car crash’ designation was used almost exclusively about women, slyly implying a biological predisposition for incompetence, the male exception being Jeremy Corbyn.

However, as Theresa May retreated from the media gaze apart from some tightly managed spots, Emily Thornberry (Shadow Foreign Secretary) took every opportunity to provide commentary on defence, Trident and numerous other topics, articulate and confident. Michael Fallon was expertly ambushed by Thornberry on the Andrew Marr show (14 May), showing that the skills she had honed as a barrister were being gainfully and effectively employed in her political life. Aside from the accident-prone Abbott, Thornberry was one of a handful of MPs, both women and men, who managed to rescue the news-consuming public from the univocal horse-race focus on the May/Corbyn dyad in #electionsoboring, particularly in the final days of the campaign, playing the engaging ‘straight woman’ to Nuttall’s less intelligible madman. Although her appearances were not that frequent and the Fallon encounter saw her castigated by some parts of the pious press for uttering ‘bollocks’, albeit uttered sotto voce, they were passionate and memorable, reinforcing the point that not all publicity is good but good publicity is gold. Her final election hurrah saw her back-footing David Dimbleby as the results came in, challenging him to be even-handed: she was comfortably returned but May’s future is a little less certain.