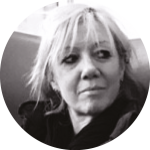 Professor of Gender, Media and Politics at Leicester Media School, De Montfort University. She is author of a number of books and articles which explore the ways in which women politicians are represented in media, as well as the wider ways in which gender plays a role in political analysis.

It began with politics as usual; another masculinised election campaign. The election was called and initially framed as focused around Brexit. May promised ‘strong and stable’ leadership, and claimed the term ‘bloody difficult woman’ (which had originally been intended as an insult) as a marker of her strength. She could do the job as well as any man was the implied message. Newspaper headlines picked up extensively on her ‘war on Brussels’ soundbite. Militaristic language is long recognised as a masculinised way in which political authority can be asserted.

As we moved closer to the election the war metaphors proved prophetic; events in the last two weeks of the campaign overtook: three terror attacks made headline news. While May responded by asserting her militaristic and masculine strength, Corbyn’s response was one which was more nuanced. But his argument that we need to look to our own foreign policy was lambasted across many media outlets. While a YouGov poll showed that 53% of the population agreed with the claim that the wars fought and conducted by the UK are in part responsible for terror attacks against the UK and only 24% disagreed that we have played a role, still The Sun duly castigated Corbyn as a terrorist sympathiser (with headlines such as “Jezza’s Jihadi Comrades” on the day before the election).

We saw Corbyn ‘emasculated’ and characterised as weak, whereas May was masculinized and presented as strong, militaristic, ready to fight – by whatever means necessary – the war on terror. We saw Corbyn seek to elevate the discussion: asking us to think and talk about the causes of the terror attacks means we can also have conversations about those who are impacted (and here, while soldiers die in warfare, we know that women also bear significant costs – which again are less likely to feature in war coverage). We know that wars are ways in which leaders win elections, Thatcher and the Falklands for example, we also know that media discourses focus on the what has happened rather than the why it has happened. And in this cumulative closure of wider debate about our own complicity in the contemporary climate, we saw a reassertion of the ideal way to ‘do’ politics: strong and single minded rather than nuanced and reflective; militaristic rather than considered or peaceful.

This election also saw women representing an average of 30% of those candidates standing. An analysis of women, gender of their relationship with politics often focuses around the numbers of women who are MPs, and/ or the way we talk about women (so why focus on Theresa May’s leather trousers, and yet not the trousers that her male counterparts wear?). What a gendered analysis also enables us to reflect on is not just the critical mass of women within the Parliamentary system, or the ways that they are depicted in media coverage, but it also allows us to consider the ways in which discourses of politics themselves are conducted. Despite the increasing numbers of women standing for office this time, throughout the campaign, we still saw the activities of politics discussed in militaristic, individualistic, masculine ways: the way we do politics is through war, and a readiness to do whatever it takes to win that war. This assumption that war and those able to conduct war are the best way for us to ‘do’ politics, means that we still discursively construct politics in masculinized ways. This ‘below the radar’ dogwhistle sexism, thus becomes an inherent feature of election campaigns and political discourse. But in recognising this, we do also see that there is the possibility to conduct and talk about our politics differently, and more peacefully. And while post-election analysis focused attention on Brexit ‘regret’ as a way to explain the outcome, perhaps what we also witness from the electorate is a desire for a different, more considered, less masculinised politics.