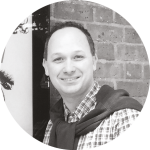 Convenor of the PSA Conservatives and Conservatism Specialist Group and Vice Chair of the Political Marketing group. Anthony’s research at the universities of Glasgow, London and Oxford includes two books with Palgrave Macmillan: ‘Tories and Television, 1951-1964’ (2016) and ‘Cameron’s Conservatives and the Internet’ (2014).

Theresa May was described as the ‘second Iron Lady’ amid inevitable comparisons to Thatcher on becoming the first post-Brexit Conservative Party Prime Minister in 2016. However, following the embarrassing result of the election, credible comparisons between May and Thatcher will likely cease abruptly.

The Conservatives’ central message of ‘strong and stable’ leadership was repeated incessantly. Like brand Cameron in 2010, the Conservative Party strategy centred on Theresa May as the primary brand, with her face and name featuring on most party communication. Ultimately, in addition to a number of political communication blunders, this proved to be a significant miscalculation. In the first few hours and days following the indecisive election result, May’s so-called strong and stable leadership looked like metaphorical rhetoric as she was described ‘weak and wobbly’; ’robotic’; the ‘zombie prime minister’; and a ‘dead woman walking’.

So, what went so terribly wrong for the Conservative campaign, especially in the context of the Tories’ main political opponent being the much derided Labour leader Jeremy Corbyn? This brief analysis of the Tory campaign explores this question through an examination of the main political communication features of the Conservative campaign and reaction to it across traditional and digital media channels.

Following the election, May attempted to cling onto power through forming a minority government, which, in keeping with the strong and stable theme, she claimed would offer ‘certainty’. However, television news networks suggested the opposite was the case in reporting that financial indicators had reacted negatively to the ‘uncertainty’ of a minority Tory administration in negotiations with Northern Ireland’s controversial Democratic Unionist Party (Bloomberg). Furthermore, TV news largely framed the outcome of the election around notions of crisis and uncertainty (Sky News); and May’s role in the Conservative Party and EU Brexit negotiations as significantly weakened (EuroNews).

In a political marketing sense, the ‘strong and stable’ message was well suited to building a Thatcher-like personal brand. However, to gain traction in the wider populace, the product, in this case Theresa May, had to some extent live up to the image being created. This can be thought of as brand credibility. Steve Hilton, David Cameron’s former director of strategy, appeared on Fox News stating the election was meant to be the ‘Brexit election’, but instead it became a referendum on May’s ability to lead.

The strength of May’s leadership came into question early on in the campaign following her awkward U-turns on policy and manifesto commitments. Furthermore, in terms of credibility, her apparent ineptitude in communicating convincingly via twenty-first century media was perhaps more important to the overall campaign narrative. It became a theme of media analysis and critique. For example, Michael Crick (Channel 4 News) broadcast an entire feature questioning the Conservative’s overly cautious media management, which, like the calling of the snap election, ultimately seems to have backfired. Engagement, credibility and trust can be closely related factors in this interactive age.

In keeping with this theme, May’s credibility as a strong and stable leader took a nosedive when media headlines and narratives became dominated by the Prime Minister’s refusal to take part in any televised debates. May’s notable absence left a silence that spoke volumes. In contrast to and at odds with an image of a strong and stable premier, May inadvertently communicated to the electorate that, in actuality, she was much more timid, unconfident and weak than she wanted voters to believe. Therefore, from the outset, the central campaign message became an oxymoron that could be flipped by opponents of the Conservative Party to undermine the Prime Minister’s credibility. Furthermore, the overuse and repetitiveness of the phrase ‘strong and stable’ morphed into anti-Tory media witticism both on- and off- line, which appears to have spread virally via people power through grassroots uses of social media. Rachel Gibson refers to this type of activity as ‘citizen-initiated campaigning’.

Anti-Conservative citizen-initiative campaigning seems to have played a significant role in the 2017 campaign insofar as, in this politically charged post-Brexit context, many personal social media pages, which would have perhaps otherwise remained personal in an election period, sprung into political action. Early indications suggest this was largely due to younger sections of the electorate, large numbers of whom are thought to have been inspired by Corbyn, becoming politically active. This did not escape the attention of political commentators, some of whom suggested in this election social media activity replaced the role of the tabloids in shaping the political mood (BBC Radio 4).

Pierre Bourdieu described elections as a ‘sublimated form of civil war’. In the post-Brexit context it seems the UK has split into two camps that have been at war for at least the last year. However, the outcome of the 2017 election seems to have been most impacted by the Conservative’s lacklustre campaign. Sun Tsu’s ‘Art of War’ famously advises never to underestimate your opponent. If the Conservatives’ unpreparedness in terms of policies, presentation and communication of message is anything to go by, bearing in mind the Tories held all the cards and advantages of being the governing party calling a snap election, it seems the party underestimated its opponent in Jeremy Corbyn and ultimately overestimated Theresa May’s strength as a leader.

The resultant outcome of May’s seemingly weak and wobbly leadership, three days after the election, is somewhat summed up by the most influential Tory Party blog, ConservativeHome, stating: ‘Conservative MPs do not believe that May can lead them into the next election. Nor, reluctantly, do we.’