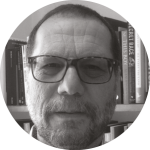 Taking part in a local constituency election campaign is a good way to revisit many issues about political communication that one finds in the literature. Of these, one keeps repeating itself, namely: where is the election campaign actually taking place?

When you knock on someone’s door, you quickly become aware of the fact that their response to you – if they open the door, that is – is made up of a whole host of accumulated bits of information that they have acquired over the years, and more recently. The simple question, ‘will you vote for us?’ is unlikely to be answered by anyone who has actually read the manifesto, met the local MP and/ or the party leader. The response is most likely to be drawn from a combination of personal experiences, impressions, received knowledge, things heard or read about the election, and so on (activists have also been known to come across members of the public who were unaware that an election was taking place!).

The point to note here is not that voters do not inhabit the same world as the activist or the ‘politically informed’; the point is that the interaction at the doorstep reveals the activist’s inability to penetrate the reality that produces the decision to vote and the direction of that vote. In this respect, it is still appropriate to ask where is the contest actually taking place: is it on television, in the press, on social media, the leaflet handed out, the garden sign, at the doorstep? What part/s of this mixture of intermingling messages and influences is/are open to change? How do they impact on the texture of the campaign and the shifting fortunes of individuals and parties?

Students of political communication should also be humbled by their inability to precisely identify how decisions about who to vote for are made and, by extension, how activists – and others – should then intervene in that process so as to produce the desired outcome. Should the emphasis be on door knocking, leafleting and garden signs, i.e. the ‘ground wars’ strategy? Should the effort be on Facebook or Twitter, i.e. the ‘digital’ targeting strategy? Are these of lesser or more importance than appearances on BBC1s The One Show or Question Time, i.e. the ‘television’ election? What of May’s ‘bad press’ after the ‘Dementia tax’ policy U-turn (or not, according to May), i.e. old fashioned journalism at a manifesto launch? Which of these should the party and party activists focus on in order to sway voters? The answer: probably all of them as each contributes something to the texture of the campaign (and we don’t quite know in what proportions!).

In fact, students of political communication will have become only too aware that the mysteries of the electoral process and voters’ decision-making have deepened over the years as digital electioneering has increased its profile and utility (although there is an upside here in that it has opened up a whole new vista for research. The adage that ‘more research is needed’ has never been truer). Consequently, we now need to add social media and targeted communication (forms of psychological profiling and analytics) to the analysis of newsprint and broadcast output. The addition of electioneering behind closed doors and straight to people’s screens has made it more difficult to get a full and measured sense of all the influences that are likely to have a bearing on voters. It is no longer the case that every communication is as open, as public and as shared as it might have once been. This introduces challenges to researchers but also to political parties and to activists.

All this makes elections and electioneering a complex and puzzling affair, perhaps more so at the constituency level. As the activist delivers yet another leaflet, she can but wonder whether she is having any impact on what is going on. She may be feeling good about what she is doing – in Nielsen’s words: ‘How campaigns are waged matters, not only for electoral outcomes but also for what democratic politics is.’(2012, 7. Emphasis in original) – but the puzzle still remains.