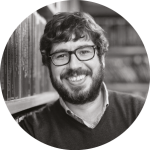 Just as with other aspects of coverage (see the analyses by Loughborough University, both in 2015 and 2017), the letters to the editor published during this electoral campaign signalled the singularity of this election. Whilst in 2015 letters tended to show monolithic support for the party endorsed by each newspaper, letters were more diverse in 2017, and some doubts were cast about the personality, the background, and the performance of party leaders; the feasibility and desirability of proposed policies, as well as about the campaign itself. This article is based on a systematic analysis of letters to the editor on the election published between 19th April and 8th May in The Sun, the Daily Mail, the Daily Mirror, The Daily Telegraph, the Daily Express, and The Guardian.

letters displayed a slightly more diverse range of options and voices than in the previous election, particularly in the newspapers that endorsed the Conservatives

Generally speaking, the views of readers and newspapers coincided. Most letters favoured (or opposed) the same parties and leaders as the newspaper in which they were published. Theresa May, the Conservative party, and its policies were mainly presented under a positive light in all newspapers but the Mirror and The Guardian (the latter being the only newspaper which did not publish a single letter in favour of May or the Tories). Overall, letters in The Guardian and the Mirror endorsed Labour and were critical towards the conservatives, but also published letters that questioned parties in the centre /centre-left. Despite its endorsement of Labour, and its opposition to the Conservatives, letters in the Mirrorwere particularly critical of Jeremy Corbyn and his manifesto, which was often portrayed as unrealistic. Diane Abbott’s media performances were vitriolically attacked in the Mirror, as well as in The Sun.

Theresa May received her share of criticism in the letters published in the newspapers favouring her. Her decision not to participate in TV debates generated mixed reactions: some readers criticised it (mainly for her unwillingness to defend her policies), whilst others embraced her determination to stay away from these events, often characterised as an American import, or as a media circus. What has come to be known as the ‘dementia tax,’ means testing the winter fuel allowance, and abandoning the triple lock for pensions were – by far – the most controversial policies in May’s manifesto, to the extent that many letters published in newspapers supporting the Tories declared they would no longer vote for them. The proposal to vote on the fox hunting ban was also met with controversy amongst readers.

There was a surprising consensus amongst readers in the Sun, the Mail and the Daily Express with regards to Britain’s foreign aid budget, which, according to these readers, should be slashed and invested in the UK. Some readers in The Guardian were also proactive, but focused essentially in the need to protect the environment instead. Similar to general coverage in this election, letters to the editor mostly focused on the two main parties (and their leaders). In addition to party leaders, Diane Abbott, John McDonnell, and Tony Blair received some criticism too, as well as Boris Johnson. Occasionally, readers questioned the presidential nature of the campaign, and the need to incorporate more voices into the electoral campaign.

For many reasons, letters to the editor should not be taken as a fair representation of the views of the electorate. Newspapers select the letters they publish following their own editorial line, and the perceptions they have about their readers’ views and preferences (which are not always coincident with the parties endorsed by newspapers). On this occasion, however, letters to the editor help to understand how citizens reacted to some policies in the Conservative manifesto, particularly amongst its supporters. Following the consistent and continued negative portrayal of Jeremy Corbyn across all media (which has been largely documented, and was censured in a number of letters published in The Guardian), it is not entirely surprising that letters to the editor failed to capture the surge of the Labour party amongst the electorate, as well as the growing popularity of Jeremy Corbyn.

Similar to what happened in 2015, letters to the editor did not constitute a vibrant platform for citizens to debate policies and political options. Letters were often used to attack certain politicians (mainly Jeremy Corbyn), and to undermine their credibility by presenting their policies as impracticable. On this occasion, however, letters displayed a slightly more diverse range of options and voices than in the previous election, particularly in the newspapers that endorsed the Conservatives. In these newspapers, letters also helped to raise concern about certain policies that did not go down well with some citizens, contributing to diversify the range of views readers get exposed to. Although very limited in scope, it could be said that letters to the editor contributed to enrich the political debate (at least in the Tory press).