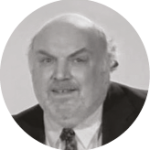 From the outset of the campaign the commentariat were united in smug consensus: Corbyn’s Labour Party was about to face the mother of all electoral defeats and the Lynton Crosby-directed Conservatives would win a landslide by incessantly incanting Maoist-like slogans. In such circumstances, why bother to go head to head in something as quaintly deliberative as a televised debate, as party leaders had done in 2010 and 2015? As Sarah Arnold declared in the Independent, “Theresa May is coasting to a memorable victory on 8 June – taking the time out of a hectic pre-election schedule to debate Jeremy Corbyn live will not benefit her, or any of us”. The Conservative line was that May regarded televised debates as a distraction from “a traditional campaign where we can get out and speak to all the voters, so they see people personally” (Conservative spokesperson quoted in The Sun, 31 May, 2017). Not all voters were convinced that this would serve democracy well. Apart from the fact that most of Theresa May’s encounters on her trips around the country were stage-managed to a degree that smothered any prospect of spontaneous human interaction, no amount of speaking to or at the voters could provide a substitute for robust and focused confrontation between prospective leaders of a government.

We have shown in our studies of the first ever UK televised election debates in 2010 and 2015 that these media events are watched in significant numbers by people who said that they had little or no interest in politics and followed little else relating to election news during the course of the campaign; that they were particularly appreciated by first-time voters, who not only watched them, but talked about them while they were taking place and in the days after, both via social media and face-to-face; and that most debate-viewers reported knowing more about the competing party policies and the characters of prospective Prime Ministers than they had done before watching. When Sarah Arnold asked “What use is Jeremy Corbyn wailing about Brexit and Theresa May laughing off his anti-austerity measures going to do for actual voters?”, she was quite simply betraying her ignorance of research as well as her unfounded complacency. Most voters disagreed with her: a BMG Research survey commissioned by the Independent (25/04/17) found that 54% of the public thought that the leaders of the UK’s major political parties should participate in live televised debates during the election campaign, with more Conservative supporters in favour than against. A Change.org petition calling upon the broadcasters to ‘empty chair’ any party leader refusing to take part in the debates attracted 121,966 signatories.

But surely, a modern democracy in which most people receive their political information from television should not have to rely upon the whims of party spin doctors or the efforts of petitioning citizens to persuade those seeking a mandate to run the country to debate their views before the largest available audience of voters? In our study of the 2015 debates, Jay Blumler, Giles Moss and I argued that “It is now time to move on from the debate about whether election debates are worthwhile. We have now had TV debates in the UK in two general election campaigns and on both occasions the most striking conclusion from research was that they were good for democratic citizenship. We think that the default assumption should now be that debates happen. It is perfectly reasonable for parties to argue about the arrangements for future debates, but that they will happen should now be accepted as a matter of principle”. We were right then and now that we have witnessed the consequences of allowing a party leader to veto such a democratic opportunity it is surely time for serious public discussion about the right of the electorate to be exposed to televised election debates. Is it now time to be thinking about an election debates’ commission, charged with the public duty of knocking the parties and broadcasters’ heads together?

The ‘debates’ that occurred in May’s obdurate absence were strange events. They were a combination of non-debates in which opposition parties said what they would have liked to have said to Theresa May had she been there, interrogations by aggressive interviewers who seemed far too absorbed in their own polemical agendas to engage in anything resembling a reasonable conversation and studio-audience question times – which were good for democracy, but still not leaders’ debates. In the end, one of the reasons for the Conservatives’ humiliation at the polls was the impression they gave of taking voters for granted. For once, the obnoxious Richard Littlejohn writing in the odious Daily Mail was quite right: “She [May] ran scared of going head-to-head with Jeremy Corbyn. That didn’t make her look presidential, it made her look weak. In interviews with Andrew Neil and Jeremy Paxman, she came across as humourless, wooden and slow-witted. The more people saw of her, the less they liked her.”