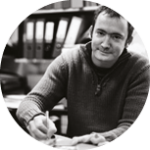 Reader at the Cardiff School of Journalism, Media and Cultural Studies, Cardiff University. He will publish Reporting Elections: Rethinking the logic of Campaign Coverage in 2018 (with Richard Thomas, Polity).

It was billed as the Brexit election, but events have influenced a campaign – and result – few predicted. I have been monitoring election coverage with a research team at Cardiff University, comparing TV news across the main UK evening bulletins. The opening part of the campaign began fairly predictably, with the Conservatives tightly controlling their rallies and walkabouts by limiting access to journalists. Brexit negotiations overshadowed the first week of our monitoring, with the Conservatives dominating coverage, particularly on the BBC.

However, the second week coverage become more balanced between Conservatives and Labour, with Corbyn often pictured in front of large crowds of people – notably students – cheering him on in rallies and walkabouts. But in focussing so much on May and Corbyn, the other UK parties received limited attention. Labour and Conservative, at this point in the campaign, made up 81.8% of airtime granted to all parties, yet in the 2015 election they only received 67.3% share of votes.

Broadcasters, of course, may argue they were reflecting public opinion. But in narrowly focussing on the horse race between Labour and Conservative, they gave little airtime to other parties. Indeed, the DUP – who gained 10 seats and propped up the Conservative’s minority government immediately after the election – made just one or two appearances on each bulletin over the six week campaign.

Post-election pundits have called for greater media scrutiny of Northern Irish politics, but the lesson should be that all devolved nations that make up UK politics should be better reflected in network coverage. We found the devolved relevance of polices was not always clearly communicated by broadcasters, including the Conservatives’ proposal to reform social care, which affected people living in England, not Scotland, Wales or Northern Ireland.

In the opening two weeks of campaign we found a relatively light policy agenda. Most election news had little policy information, with few ‘explainers’ unpacking the issues between parties. Experts were not used to explore the parties’ policies, as broadcasters choose instead to air – between a fifth and almost half of all sources – citizens’ views in vox pops. These were often short in length and substance, with the public mostly asked to respond to questions about the horse race, leaders’ personalities and, to a far lesser extent, the parties’ policies.

Once the parties’ manifestos were published – a week later – policy was pushed up the agenda. Close to 8 in ten items were primarily about policy issues, whereas the previous weeks of the campaign issues made less than half of coverage. The Conservative’s social care reforms became the dominant issue as many voters and experts voiced their opposition to the policy. This forced a Conservative U-turn and led to a visibly shaken up PM battling it out with journalists claiming “nothing has changed”. Clearly it had, but the focus of attention was short-lived. The terrorist attacks in Manchester halted campaigning and the government’s response became the focus of attention.

Once the spotlight turned to law and order, many pundits believed Conservatives were on safer territory. It legitimated broadcasters asking the Labour leader about his response to terrorism and led to prominent newspaper headlines – including on election day – about Corbyn being a terrorist sympathiser.

When asked about domestic policy in areas such as health and education, polls showed many voters supported Labour’s policies. Yet the focus was often on party leaders – May’s ‘strong and stable leadership’ – rather than policy detail. Towards the end of the campaign, horse race reporting increased as some opinion polls showed Labour were not far behind the Conservatives. When interpreting these polls, however, a Tory majority was still perceived as the likely outcome.

The conventional wisdom was that, despite the popularity of their issues, Labour would perform badly because of Corbyn’s leadership qualities. In live two-ways – which made up nearly a quarter of all TV news items – often political correspondents would cast doubt on Corbyn’s ability to appeal to ordinary voters. And, in vox pops, where party political balance was constructed, Labour support was represented but Corbyn’s credibility was often undermined. “I still believe in Labour [but not] plonker Corbyn”, as one Channel 4 vox pop put it.

The day after the election, Channel 4’s anchor, Jon Snow, opened the programme by acknowledging: “I know nothing, we the media, the pundits and experts, know nothing”. He was speaking for many journalists who had followed conventional wisdom about Corybn’s electoral appeal.

In rethinking election reporting, broadcasters may want to spend less time asking Westminster correspondents for their judgements and more time understanding the issues that made many people vote for one party over another.