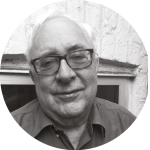 Professor of Financial Journalism at City, University of London, where he directs the MA in Financial Journalism. He has written widely on the role of digital media on political communications. His latest book, The Media and Austerity, will be published by Routledge in 2018.

In marked contrast to GE2010 and GE2015, austerity was no longer the frame that was used to judge the parties’ credibility in GE2017

The 2017 General Election was a profound shock to the political system and overturned much of the conventional wisdom about the role of the media in the British political system. In this article, I present a research agenda for understanding what changed – and why. I believe we can best understand the changes in the media’s role in GE2017 by taking a longitudinal approach, comparing it to the 2016 Brexit referendum and the 2015 General Election campaign.

1. Why wasn’t it the Sun wot won it? The failure of agenda setting

There is a widespread belief that the right-wing tabloid press (notably the Sun and the Daily Mail) have an inordinate influence in shaping electoral outcomes. After GE2017, this influence is now called into question. Comparing GE2017 with the Brexit campaign, where the tabloids appeared to have a decisive influence, would be useful. In general, agenda-setting theory would suggest that the press is more likely to be influential where the issues they portray are less well-known and understood by the public; for example EU regulations vs the state of the NHS. Some other specific factors include:

There was not enough time to establish strong narrative frame: The short campaign, and short time May had been in office, made it more difficult to establish a dominant narrative. In contrast, the tabloids had worked for 20 years to establish their anti-EU agenda which was fully deployed, relentlessly every day in the Brexit campaign.

The Tory message was confused: Even within the short time frame, the Tories failed to frame a coherent offer to voters beyond the ‘strong and stable’ slogan.

Tabloids attacked the Tories’ mistakes: It was the tabloids who seized on the ‘dementia tax’ as an issue which undermined the Tory attempts at broadening their agenda.

Television – still the main source of election news – blunted the tabloid attack on Corbyn’s credibility. His performance in the televised debates, and his effectiveness with audiences, contrasted with May’s ducking of the party leaders debate, and her awkwardness with audiences. Corbyn’s well-staged and televised campaign rallies helped mobilise his supporters. Subsequently, in the final weeks of the campaign the Tory press, especially the Daily Mail, launched a fierce attack on the supposed bias of the BBC.

Both sides attempted to use social media to influence voters. But we need a much more differentiated view of how and in what form social media is effective in campaigns, particularly in targeting young people. Spontaneous organization by young Labour supporters appears to have played an important role in mobilizing the youth vote for Labour and was more effective that the Tory investment in paid Facebook ads. Millions of young people viewed videos such as ‘Liar, Liar, Liar’ and ‘Tory Britain 2030 (Daddy Do You Hate Me?)’ and many activists made use of internet tools such as ‘My Nearest Marginal.’ In contrast, during the Brexit referendum, pro-remainers were slow and late in using social media, and appealed to facts rather than emotions, while the Brexiters targeted different audiences by running two separate social media campaigns.

4. The end of austerity: the frame that disappeared

In marked contrast to GE2010 and GE2015, austerity was no longer the frame that was used to judge the parties’ credibility in GE2017. How did this sudden turn in framing of debates come about?

The Brexit referendum was unique in its both in its focus on issues, and its rejection of the remain campaign’s message of more austerity to come. The framing after the Brexit vote was of the need to do more for the losers from globalization, not pacify the financiers. This is the key that fundamentally changed the parameters of the political debate in 2017.

The Conservatives abandoned austerity as a dominant theme, replacing it with a largely symbolic group of policies meant to appeal to working class voters.

The effective launch of Labour’s manifesto (through a series of leaks) set up an alternative narrative. Labour stayed on message throughout the campaign, repeating its popular pledges on tuition fees and more money for schools and hospitals.

Expert criticism of Labour’s economic policies failed to resonate with voters, echoing the distrust of experts that emerged during the Brexit debate.

The reduced influence of the press in the 2017 campaign also stems from a broader development that is fanning the populist revolt across the Western world – the sharp decline in trust in politicians, the media, and experts alike. The lack of trust in conventional politicians, helped boost Jeremy Corbyn’s appeal as an authentic outsider. Many voters were sceptical of the exaggerated media claims of the tabloid press when it did not relate to their own experience. For young people, alternative grass-roots channels of communications mobilized them to vote. It is too early to write off the influence of the mass media, particularly the tabloids, but we must be careful, in future research, to understand the limits of their influence, and to examine the new circumstances that are reshaping political communication in the age of populism.