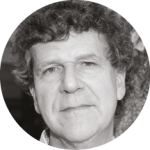 Professor of Communications at the University of Westminster, broadcaster and writer. He has acted several times as specialist adviser to the House of Lords Select Committee on Communications. He is on the editorial and management boards of British Journalism Review.

Britain’s predominantly right-wing press welcomed election day with a wholly predictable barrage of pleas to their readers: give the reigning queen Theresa the mandate she was demanding and administer a bloody good kicking to the socialist terrorist-hugging Corbyn.

Journalistic groupthink will often demand a follow-up to a front page tabloid story, even if it has its roots in deliberate political mischief.

Long-term observers of our national newspapers will have recognised the particular style adopted by each of the Conservative Party’s four main cheerleaders: for Paul Dacre’s Daily Mail, a fawning genuflection to the Tory incumbent combined with nasty scaremongering about her opponent. For Rupert Murdoch’s Sun a light-hearted pun with a profoundly serious undertone (Corbyn peering out of a dustbin below the headline “Don’t chuck Britain in the COR-BIN”). While the Daily Express confined itself to a simple “VOTE FOR MAY TODAY”, the Telegraph quoted May’s rousing entreaty that “Your country needs you”.

Conventional wisdom (though not, of course, academic research) suggested that these blaring front pages and the weeks of propaganda that preceded them would help to deliver May’s inevitable coronation.

So when the results confounded commentators, pollsters, politicians and voters alike, some media pundits were quick to pronounce the end of tabloid power. “This election proves that media bias no longer matters” announced Peter Preston, suggesting that while the printed press “has seldom seemed more overwhelming” in its pro-Tory bias, 2017 heralded the final supremacy of social media over the dinosaurs of the printed press. Veteran media commentator Ray Snoddy also proclaimed “the decline in power and influence of the right-wing tabloids”.

That, however, is a simplistic conclusion. While social media clearly played a vital role, particularly as a conduit for the Corbyn campaign, there are four reasons why Britain’s press still exerts considerable power over the UK’s national conversation and its political direction – and will remain a powerful force at the next election.

First, Britain’s national newspapers continue to set news agendas for broadcasters. Research from Cardiff University has demonstrated how press reporting of the 2015 general election influenced television news, citing as one example a Telegraph front page splash about a business leaders’ letter supporting the Conservatives which led that day’s news bulletins (in contrast to a Guardian report of 140 senior doctors criticising coalition NHS policies, which barely featured). Leading TV personalities such as Robert Peston and Sky’s John Ryley have both conceded the importance Britain’s national press in determining broadcast agendas.

Second, despite the cutbacks and redundancies dictated by a faltering business model, the UK press still commands a high proportion of original partisan newsgathering resources. While broadcast journalism is circumscribed by strict impartiality rules, newspaper editors can and do direct their reporters to find stories that suit their anti-immigration, anti-human rights, anti-Europe political agendas.

Front page stories in pursuit of those objectives – many of dubious provenance and even more dubious accuracy – can create a firestorm which is difficult for even the most robustly impartial broadcasters to ignore completely. Journalistic groupthink will often demand a follow-up to a front page tabloid story, even if it has its roots in deliberate political mischief.

Third, those print headlines make frequent guest appearances across the broadcast media on newspaper review programmes and segments of news programmes. A recent report by Professor Adrian Renton and Dr Justin Schlosberg analysed one month of newspaper coverage across the BBC from the day that Theresa May called the 2017 election. It found that the BBC was giving 69-95% more coverage and discussion to papers supporting the Conservatives compared to other parties.

This problem is exacerbated by pundits working for those same newspapers being regularly invited onto discussion panels of news magazine programmes such as Newsnight, Marr, Peston and Daily Politics. Despite the supposed proliferation of online news sites such as Huffington Post, Buzzfeed and Vice News, writers from those sites rarely feature on TV and radio.

Finally, evidence is emerging that time spent engaging with articles in hard copy is significantly greater than online, with implications for how much emphasis we should be placing on the “new plurality” of internet news sites. In a recent article for the British Journalism Review, Neil Thurman analyses audience data to argue convincingly that “online channels are not attracting anywhere near the levels of attention commanded by print”. Newspaper circulation may be declining, but a quarter of the population still read them and their overwhelming bias offline. Their capacity to influence voter opinion may yet be significant.

Thus, despite an emerging consensus that “it was social media wot won it” for Labour (or at least prevented a Conservative victory), it is equally possible that a dominant and loudly partisan right-wing press inhibited either an outright Labour victory or the abilities of other left-leaning parties to be heard at all. The challenge now is to ensure that impartial broadcasters are properly scrutinised for disproportionate dependence on traditional print media (both their stories and their columnists); and to ensure that partisan publishers are held accountable for their own versions of “fake news” which could prove as destructive to informed democratic debate as those that emanate from Macedonian bedrooms.

Note: Since affiliations were based on the 2015 election, classification of Conservative papers did not even include the heavily right-wing Express newspapers which had then supported UKIP. In 2017, they reverted to strong Conservative support. Had this analysis been extended to 8 June, it would almost certainly have seen even more biased results.