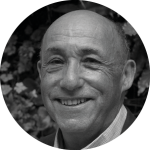 Professor of Journalism at the University of Sussex and a former Westminster-based broadcaster and Independent Editorial Adviser to the BBC Trust.

There are many ways of following an election – through the newspapers, the TV bulletins, online or any combination of the three – but as a result of being confined to a sick-bed for the past five weeks, I gave perhaps more attention than is healthy to the phone-ins on the talk radio shows. Whatever negative effects I might have incurred as a result of all this radio listening, it did give me some insights about the media, the polls and politics that until now had eluded me.

it takes a courageous journalist, sent out to cover one story, to come back saying: ‘It’s not like that, I’ve done a different story.’ Hence we avid radio listeners and television viewers were left with the impression that Labour’s support in its core seats was collapsing.

Having been involved in covering elections for ITN and the BBC for the past forty years, this was a very different way for me to follow a campaign. Listening to the campaign conversation being played out on talk radio was initially a little more than a mild distraction and then suddenly assumed a greater significance following the launch of the Conservatives’ manifesto. It contained a series of measures that, to put it mildly, were unlikely to appeal to their core older demographic – reducing the worth of their old age pension, means-testing their winter fuel allowance and most importantly of all the so-called dementia tax on social care.

Listening to Veronica in Stockton or Edward in Stourbridge, I was genuinely taken aback by the ferocity of the backlash about the dementia tax in particular, among older people calling in who described themselves as ‘life-long Conservatives’. I thought this would be a very big story the following day and this would soon be reflected in the polls, but in the immediate aftermath of the manifesto launch nothing much appeared to change.

But the rage of the phone-in callers continued, so I tweeted about Veronica and Edward and predicted that something was stirring in the Tory undergrowth – only to receive a series of gentle rebukes from my fellow academics and journalists, reminding me that phone-in contributors were anything but typical of the population at large. They might not be, but there is a well-established theory of media effects – the two-step flow – that suggests that Veronica and Edward’s views should be taken more seriously than is normally the case.

This theory, first developed by Paul Lazarsfeld in his landmark study of the 1944 US presidential election suggests that one mechanism of media influence on voting behaviour can be found by looking at so-called opinion-formers in society. They monitor political news more closely than most and the convey their version of events, and their opinions, to whoever is available to listen.

These opinion-formers might be the obvious people in positions of community leadership, local politicians and teachers, for example, but can also be the person in the bar or staff room who speaks most authoritatively, or simply most loudly. Today, perhaps their ilk is the phone-in contributor. They might not be particularly knowledgeable about politics but it is not what they know that counts, but their determination that everyone else should also know what they know and think, and that is the decisive factor.

And sure enough, after two or three days, as the full import of the Conservatives’ proposals sank in, the media picked up on the story, the polls began to shift and then, five days later, so did Theresa May.

The second ‘insight’ I gained was the relevance of other media theories – the notions of dominant narratives, framing and indexing – in understanding the political communications process.

During the campaign, I heard countless radio and TV vox pops of ‘staunch Labour voters’, in what were considered to be safe seats in the Midlands and the North of England, saying that they couldn’t vote for a Corbyn-led Labour party. Presumably these packages had been based on editors responding to the dominant narrative that Corbyn was ‘unelectable’ and then assigning journalists to head out into these constituencies to produce radio and TV packages along these lines.

The basis of framing is, as defined by Robert Entman, that the media “select some aspects of a perceived reality and make them more salient in a communicating text”. In this case, the overall frame was that the Labour vote was ‘soft’ in its safer seats and this was due to the ‘Corbyn effect’.

It takes a courageous journalist, sent out to cover one story, to come back saying: ‘It’s not like that, I’ve done a different story.’ Hence we avid radio listeners and television viewers were left with the impression that Labour’s support in its core seats was collapsing.

Dominant narratives come to dominate, sometimes because they reflect a reality but sometimes because they reflect something else: prejudice, political bias or just plain ignorance. Echo chambers can affect not just ‘them out there’ but journalists, politicians, even pollsters. This is the so-called Indexing Hypothesis, which argues that the narratives of elite groups in society – politicians, journalists and pollsters for example – will tend to dominate conversations within the public sphere.

When I heard these packages, I took what they were telling me seriously because of what appeared to be represent the overwhelming consensus – but, along with my fellow pundits, I was wrong. I should have put more faith in the phone-ins.So, the lesson of my election campaign monitoring is that the wisdom of the crowds can’t always be divined via an online poll or phone interview – and that a little listening can go a long way. Treat dominant narratives with scepticism and long live the wisdom of the phone-in crowd.