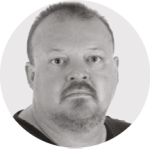 Professor of Political Communications at London Metropolitan University. He is the author five books including Politics and the Mass Media (Blackwell, 1997), Celebrity Politics (Polity, 2013) and Public Spheres and Mediated Social Networks: The Western Context and Beyond, (Basingstoke: Palgrave, 2016) (with Petros Iosifidis).

Throughout the first half of the 2017 General Election campaign, that ever-present staple of television news programming – the ‘vox-pop’ (from the Latin vox populi meaning ‘voice of the people’) – was used in an uncritical manner. Notably, as the campaign became determined by the events of the terrorist attacks in London and Manchester, along with the campaign performances by Theresa May and Jeremy Corbyn, the vox pop receded into the background of news reports. There were, for instance, some light news items such as the BBC journalist Steve Smith’ supposedly comic tour of non-marginal constituencies in Newsnight.

At the start of the campaign and before the manifesto launches, while politicians were deliberately kept away from the public, the town centres of marginal constituencies appeared to be over-flowing with roving reporters:

“What is truly guaranteed, if you stand in the middle of Hull for around 10 minutes, is an approach from a BBC reporter. The same goes for marketplaces in numerous northern towns: anywhere, really, where the remarks will be pithy, and the passers-by both picturesque and certifiably ordinary, which is to say, they speak with strong regional accents.” (Catherine Bennett, the Guardian, 30th April 2017)

For decades, ‘ordinary people’ have been stopped by interviewers to provide their political views during the campaign. These shades of public opinion have been presented as being legitimate when in reality they have little or no scientific rationale.

In 2017, television news reporters on the BBC, ITN, Sky News and, most especially, Michael Crick on Channel Four News could be seen harassing the electorate for their views. Armed with oversized fury microphones, these journalists pounced upon random members of the public to record their every utterance – however insightful or inane. Conventional vox pops were complimented by the Guardian’s John Harris’s despairing online reports eponymously entitled ‘Anywhere but Westminster’ and seemingly designed to show a general public sapped of any political will.

On 18 April, the day upon which the Conservative Prime Minister Theresa May called the snap election, ‘Brenda from Bristol’ made apparent her disgust that there was yet another chance to go the polls. She informed the BBC reporter Jon Kay, ‘You’re joking?! Not another one! Oh, for God’s sake, honestly, I can’t stand this. There’s too much politics going on at the moment!’ Unsurprisingly her comments were played across the range of BBC News channels, bulletins and its website. Even less surprisingly, as her views reverberated across the social media, ‘Brenda’ became a news story in her own right.

Subsequently, vox pops formed a significant part of a news narrative which initially focused upon the virtues of May’s ‘Red Toryism’ which resurrected the values of ‘flag, family and faith’ as advocated by May guru Nick Timothy. In turn, eager news journalists sought out members of the public to reinforce the belief that May would be a ‘strong and stable’ leader who could deal with the complexities of ‘Brexit’ in a Canute-like and xenophobic manner. Conversely, the Labour leader Jeremy Corbyn’s political obituary was already written when one local commented, ‘I still believe in Labour [but not that] plonker Corbyn’.

Consequently, exacting broadcasting rules concerning balance and impartiality in electoral coverage were dropped in favour of journalists exchanging in pithy one-liners with bona fide ‘men or women on the street.’ Such distortions meant that there was no way to know whether these supposedly ordinary members of the public were in any way representative of wider public opinion. Yet, the vox pop disappeared when May started to fatally make u-turns on the ‘worst manifesto in history’ making her ‘weak and wobbly’ while Corbyn’s canvassing connected with the public in record numbers.

To conclude, the original over-usage of vox pops indicated how television new channels attempted reinforce the plutocratic values of the elite rather than truly engaging with the public. However, once the issues came to the fore, the populism expressed within the earlier vox pops receded when, perhaps, their usefulness for the news media agenda setters became less obvious and more counterproductive.