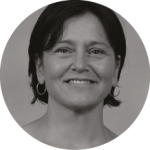 Professor and Director of the Exeter Q-Step Centre, University of Exeter.

Lecturer in Quantitative Political Science at the University of Exeter.

The prominence of fake news as an issue in election campaigns, as a topic in news coverage, and as the subject of academic and public enquiry is on the rise. Newspapers and broadcasters have covered how to spot it, the House of Commons launched a ‘Fake news’ inquiry in January 2017, and Google Scholar—a rough indication of scholarly attention—returns over 2,000 results published in 2017 with ‘fake news’ in the title. If ‘information is the currency of democracy,’ fake news has the potential to disrupt our usual mechanisms of political accountability, representation and legitimacy. The term fake news is not new and the study of misinformation has a long history within academic literature. Surveys also have a long history of documenting that the public often holds incorrect beliefs—that is, they are misinformed. Yet, today, misinformation is easier to spread and share on social media: fake news is used to attract clicks to generate traffic to sites, and bots can amplify a story without actual humans having to share.

What is the extent to which potential voters are misinformed? During the GE2017 campaign, we assessed the extent of a misinformed public and what might lead to certain statements being more believable than others. In an online survey, we asked respondents if they had heard of a number of claims that had been corrected or verified on the FactCheck.org website and whether they believed each claim. The most commonly heard claim was that the NHS was under pressure due to immigration with an additional 1.5 million extra patients in the last three years. The next most often heard claims were about an increase from ‘thousands to millions’ in users of foodbanks and that the number of people in employment is at an historical high. In each case, these claims have been fact checked and corrections either to the statistics or the explanation were made. Yet over 50% of the respondents felt the first two claims were believable, while approximately 40% found the latter believable. The most believed statement was that the Treasury loses £40 billion a year due to tax avoidance, with almost 60% reporting they found the statement believable (while the correct figure is closer to £10 billion).

Who is likely to embrace claims that are wrong? Some early research on information effects confirmed that information from trusted sources is more believable. Traditionally, the news media has played this trusted role; however, trust in the media has plummeted over the past several decades. According to the British Social Attitudes annual survey, the proportion of the British people reporting that the press is well run declined from 53% to 27% over a 30 period (between 1983 and 2012). In the ICM Litmus survey, 51% did not trust general election coverage on social media, whereas trust in the BBC was 45% and only 27% say they trust UK newspapers. Therefore, fake news is injected into an environment in which people distrust information. Without a clear set of trusted sources, it is increasingly difficult to minimize the persuasive power of fake news

Can these misperceptions be corrected? Fact checking from organizations such as FullFact.org, as well as fact checking units embedded in major media outlets, were working to issue corrections or further explanations when necessary during the 2017 campaign. We examine whether this independent fact checking outlets succeed in correcting misinformation in the context of the 2017 campaign. After asking respondents about the believability of the claim concerning immigration placing pressure on the NHS, we randomly assigned respondents to either receive a correction explaining that an ageing population, increases in wages, and health technology were larger cost burdens on the NHS, or to receive no correcting information. The good news is that there was a significant decrease in the believability of the claim after the correcting information, compared to individuals that did not receive correcting information. Moreover, we observe this tendency to correct misperceptions when focusing fact checking information provided by both independent organizations and traditional media sources.

Because news media are often portrayed as biased or purveyors of their own misinformation, independent fact checking organisations such as Full Fact, or attempts by social media platforms to provide their own fact checking algorithms, may appear to be the credible alternative to correct incorrect statements. In our experiment, we also varied the source of the correction and actually found that newspapers were slightly more effective at correcting information than the independent organisation. Even in an age where newspapers are distrusted and readership is on the decline, these traditional media appear to retain a capacity to correct misinformation.