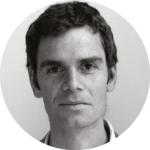 Director of the Centre for the Study of Media, Communication and Power, and Senior Research Fellow in the Policy Institute at King’s College London. 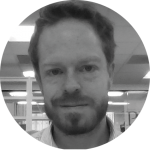 Research Fellow and Deputy Director of the Study of Media, Communication and Power at King’s College London. 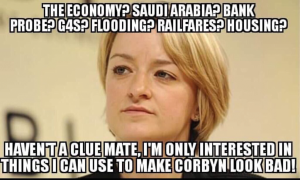 “If this doesn’t get the BBC’s Laura Kuenssberg fired, nothing will”; “Ian Hislop stuns the panel by calling out BBC bias straight to the broadcaster’s face”; “The BBC is in hot water again over its bias. And this time the complaint is a biggie”.

None of these news headlines from the campaign was published on a traditional right-wing news outlet, or on a new alt-right media site. All three were published by the popular left-wing news site The Canary. These were just three of 75 articles published on the site during the campaign that alleged BBC political bias (from 19 April to 7 June). 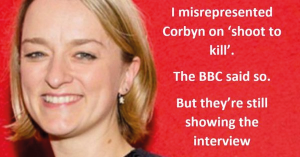 There were similar accusations made about BBC election on other alt-left sites including Skwawkbox (“Sky Shames Kuenssberg On #Labourmanifesto #GE17”), Evolve Politics (“The BBC licence fee is now simply a charge to be spoon-fed right-wing propaganda”) and Another Angry Voice (“Another astounding display of pro-Tory bias from the BBC”). Novara Media hosted a podcast to discuss Tom Mills book The BBC: Myth of a Public Service? that argues the BBC is the voice of the Establishment. Across all of these outlets more than a hundred pieces alleged BBC bias during the campaign.

The allegations ranged from general criticisms of the Corporation, to accusations against particular programmes, to disparagement of individual journalists. BBC programmes such as Newsnight were singled out; “No wonder BBC Newsnight is on its way out,” The Canary writes, “after the stunt it just pulled”. Individual journalists were accused of deliberate or unconscious bias, including: Laura Kuenssberg, Nick Robinson, Norman Smith, John Pienaar, Kamal Ahmed, John Humphries and Andrew Marr. Kuenssberg was a particular focus for criticism, alleged to be “notorious for her anti Corbyn bias”. 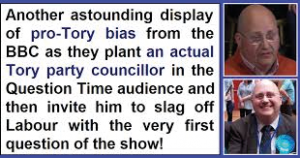 The BBC, according to the alt-left media, acted as a filter for the right-wing press. It mimicked their political agenda, followed their stories, and – consciously or unconsciously – adopted some of their political perspectives. Criticisms were often based around the BBC’s failure to report on specific events or ask specific questions. The Canary called out Andrew Marr for ‘forgetting’ to talk about privatisation in a discussion on the NHS with Jeremy Hunt.

These criticisms should be put in the context of parallel attacks on the BBC in the right-wing press. The Sun, The Daily Mail, the Times and the Daily Telegraph have long been critics of the BBC, and their attitudes towards the broadcaster did not change during the 2017 campaign, though there were less critical of the broadcaster than the alt-left media. Their particular ire was directed at the 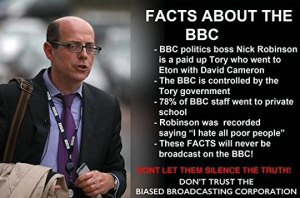 BBC following the live leaders’ debate of 31 May at which the audience appeared notably pro-Corbyn. “BBC’s ugly, uninformative and biased debate demeaned democracy” the Daily Mail commented. While the Sun reported that “BBC Election Debate 2017 slammed as ‘biased’ as stunned viewers react with anger at audience for leaders’ grilling”.

Further denunciation of the BBC’s impartiality came from new right-wing news outlets like Breitbart London and Westmonster, though their disapproval tended to be centred on coverage of Brexit, rather than on election reporting. James Delingpole, for example, in a piece for Breitbart on 4 May, wrote that “Kuenssberg was so flagrantly partisan that she might as well have done it to the strains of Ode to Joy while draped in the blue and gold-starred Euro flag and wearing a huge badge saying ‘I heart Jean-Claude Juncker’”.

continued allegations of bias also undermine the principle of journalistic impartiality and will make it more difficult not just for the BBC, but for any news organisation to persuade the public of its objectivity in future elections

In some cases, the language and arguments used by the alt-left media and by the right-wing press about the BBC had noticeable overlaps. Alt-left media would cite issues and questions not asked by the BBC, and suggest the absence as evidence of pro-Conservative bias. Similarly, the Daily Mail asked why, during the BBC leaders’ debate, there was barely any mention of immigration. “Was it, as we suspect, because it was helpful to the Tories – with their strong immigration policies – and unhelpful to Labour…?”

The BBC therefore finds itself in the unenviable position of being accused of political bias both by old and new media on the right and by new media on the left. It may be argued that this simply proves the broadcaster is successfully holding a middle path. Alternatively, the criticism could be written off as the self-interested perspectives of hyperpartisan and commercial media locked into an online contest for attention. This would, however, ignore the potential serious implications of the criticisms.

Alternative online news sites have a large and growing audience online. They will be energised – on both sides – by the surprise result of a hung Parliament. As Buzzfeed reported early in the campaign, news stories on alt-left sites “are consistently and repeatedly going more viral than mainstream UK political journalism”. Repeated allegations of BBC bias made to significant audiences from the right and from the left will undermine confidence in the national broadcaster, at least among certain audiences. Equally, just because criticisms come from both ends of the political spectrum does not mean they are both wrong. The continued allegations of bias also undermine the principle of journalistic impartiality and will make it more difficult not just for the BBC, but for any news organisation to persuade the public of its objectivity in future elections.