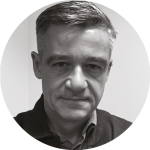 Professor in the Department of Media and Communications at the LSE and director of Polis, the LSE’s journalism think-tank. He worked at LWT, BBC and ITN’s Channel 4 News as a film-maker and programme editor. He is the author of SuperMedia and WikiLeaks: News In The Networked Era.

I described the 2015 election as “the banal theatre of the tightest, most sterile, stage-managed campaign ever”. Little did I realise that within two years we would see an even more closed on-screen campaign. But in 2017, did the broadcast clampdown backfire for Theresa May?

If broadcast election campaigns are soap-operas then this one had two weak characters and no plot twist.

The logic of water-tight control was stronger this time for both main parties. The Conservatives’ advisors created a ‘Maybot’ who refused to engage in public debate with journalists, the public or rival politicians. Her appearances were confined to warehouses stuffed with party supporters and her utterances were restricted to the vocabulary of a ten-year-old. Other ministers were only allowed bit parts in the theatre of news. Their thinking was ‘why risk a 20-point opinion poll lead in a single-issue election?’

Initially, the Labour Party’s approach to broadcasting was to take their leader to safe seats to orate before invited party members. Journalists from hostile newspapers were excluded.

Neither party aimed to win a ‘general’ election. Corbyn sought to gain enough of the vote share to secure his leadership of the Labour party. May sought to increase her majority to allow her to ignore her party during the Brexit negotiations.

Broadcast journalists from the BBC’s Jeremy Vine to Channel 4 News’ Jon Snow took to Twitter to lament the failure of the leaders to engage.

This barren broadcast landscape was made even more tedious by the marginalisation of the smaller parties. The reality of the polls and the political agenda meant they were not significant. Media enforced that. Small party leaders such as the Green’s Caroline Lucas had perfectly competent campaigns but they were unable to use TV ‘debates’ or broadcast media in general to intrude upon the main party narrative in the way that Clegg, Farage and Sturgeon had done in the past.

The TV set-piece programmes had diminished audiences and diluted impact. The opinion polls and the general journalistic narrative insisted that there was no contest. If broadcast election campaigns are soap-operas then this one had two weak characters and no plot twist.

And yet, something happened. Theresa May made a number of unforced policy errors: fox-hunting, ‘dementia tax’, school lunches. That combined with her one dimensional and un-empathetic style meant she lost momentum.

However, the real story was the Labour ‘surge’. In a long dull campaign the broadcast media was significant in familiarising the public with Jeremy Corbyn as a character who was far less frightening than the press had suggested and relatively more engaging than his rival. The more they saw and heard of Corbyn, the more voters accepted his legitimacy. Labour’s campaign team were clever enough to realise this and pushed him further into the limelight to contrast with May’s life in the shadows.

But perhaps the main effect of this sterile broadcast campaign was the space it allowed for social media to have a galvanising effect? While the broadcasters were reduced to carefully balanced platitudes in the absence of any real engagement with the politicians, online a different, much more interesting campaign was happening.

In the past Labour has ‘won’ the online campaign with no positive impact on the actual result. Media effects are difficult to prove and the data is still being gathered. But qualitatively, the left-wing digital campaign was different to 2015 and it exploited the broadcast vacuum.

Firstly, the ‘alt-left’ blogs like The Canary and AnotherAngryVoice spent a lot of time critiquing broadcast and other media as well as promoting Corbyn’s agenda. They gained as much traffic as many MSM articles and comparable to TV audiences overall.

Secondly, the Conservatives were aiming negative and attack adverts through Facebook at potential swing voters. These may have been effective at saying what broadcast would not allow. However, they were not shared widely.

In contrast, Labour’s official and unofficial online videos were widely distributed. This was, I would suggest, partly because they were more ‘positive.’ They expressed passion about Corbyn and righteous anger at both the Conservatives and the news media. This combination of emotion, social justice and personal identity politics is precisely the editorial cocktail that works so well on networks such as Facebook and YouTube. It is very much the formula that has made Channel 4 News’ Facebook videos go viral. The digital native Corbynites understood this intuitively and produced the kind of video and imagery that makes memes.

I had previously thought that this aggressive, polarising discourse would only reach a small echo chamber. I argued that it might even put off potential recruits. So what, if Facebook is full of images of Corbyn talking to huge, enthusiastic crowds?

But in contrast to the lifeless and inorganic Conservative campaign it felt energetic and inclusive. It seems to have had a catalytic effect on Labour campaigners. In a limited campaign it might also have helped reach out to the voters who would go on to form the Corbyn coalition in a way that conventional appearances on broadcast news could not do.