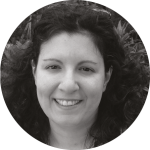 Senior Lecturer in journalism at the University of Sussex. She was principal investigator of the research project ‘Television framing of the 2014 Scottish independence referendum’ (ESRC, 2015-2016).

Although live blogs are a regular feature of large mainstream news websites, reporting on a range of news stories ‘as they happen’, elections are probably some of the longest events they cover. The Guardian, the BBC and the Daily Telegraph websites, for instance, reported on the campaign live on a daily basis, except when the campaign was suspended due to the terrorist attacks in Manchester and in London. The regularity of updates varied between 3 or 4 per hour on quiet days and several per minute when developments culminated on the evening of the election results.

Different types of content made up this constant steam of coverage: live updates from unfolding events in the campaign, such as politicians’ rallies; links to and reports on content appearing on other mainstream media; social media posts by politicians, journalists, experts and ordinary people; short features on different aspects of the election; journalistic commentary and analysis; pictures by readers and photojournalists.

This constant ‘real time’ updating gave a sense of immediacy to the campaign both when events were unfolding and when they were not. As with rolling news on television, time – or space in this case – had to be filled even when nothing major was happening. For example, in the morning of the election the BBC website live election feed featured several pictures of dogs at polling stations (following the relevant social media hashtag), a tweet by a cricket commentator, stills of BBC election night presenters from previous decades and weather updates for different parts of the country.

Indeed, neither the liveness of the coverage of the election was something specific to the digital platform (although perhaps its length was, as television live coverage could not have stayed on the same event for the whole duration of the campaign), nor the need to fill in time/space when little was happening. Arguably the contribution of live blogging to the election debate was the aggregation and curation of information and views from a wide range of old and new media sources. With the exception of the websites’ own journalistic analysis, all the other content in the live feeds involved links and summaries of material freely available on other platforms like Twitter or other newspaper and television websites. What the live blogs offered was to pull everything together and to present it in a coherent narrative structure. The editorial perspective of the website was a little more discernible on the newspaper websites than on the BBC, as would be expected, but overall the role of the live blogs was to provide a narrative of the campaign as this evolved.

During the night of the election results, all three live blogs intensified their coverage, and particularly the BBC blog added new content every few seconds. Seat declarations, commentary, statements by politicians and experts on BBC’s and ITV’s live television coverage, social media content, and result summaries made up the majority of the updates.

Live blogs found their early application in the coverage of sports, particularly cricket and football, allowing users to keep up with developments in the game without watching it constantly. They are also routinely used in the coverage of unfolding, unpredicted, ‘breaking’ events, like natural disasters or terrorist attacks. On the night of the election results their role was more akin to these uses, providing readers with updates on the ‘score’ and reactions from the two camps in the game of the election, and minute-by-minute information on an event whose outcome was not easy to predict. Even if readers had simultaneous access to alternative live coverage on television, the live blogs complemented this by integrating digital, social and mainstream media in a circular relay of narratives. Often the content on the live blogs was a direct commentary on something said in the television live coverage and this was the case as much on the newspapers’ live blogs as on the BBC’s. At a time of ongoing debate around the continuing relevance of ‘old’ media in the political public sphere, live blogs demonstrate that no news platform, old or new, operates in isolation and that digital and traditional media feed off each other and can work in a complementary fashion.