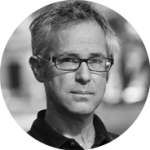 Professor of Media and Communication Studies at Goldsmiths University of London.

This was an election in which Rupert Murdoch’s titles finally failed to back a winner. Yes, the Tories may scrape a fragile working majority but no one is calling Theresa May a winner right now. Meanwhile the real target of the media establishment, Jeremy Corbyn, was the clear victor earning Labour its biggest share of the vote since 2001 and its biggest increase in vote share since 1945. It is a delicious thought that, according to John Prescott, Rupert himself stormed out of a Times election party once he had seen the exit polls predicting a hung parliament.

It would be foolish, in these circumstances, to think that the constant repetition of Corbyn as either dangerous or deficient had absolutely no impact on what the wider electorate was discussing.

This was an election in which the media’s hostility towards Corbyn, nurtured since the very first day of his leadership of the Labour Party, was intense but ineffectual. This was a campaign, in other words, that showed both the determination of powerful gatekeepers in the mainstream media to foster a pro-Tory agenda and the enduring ability of ordinary voters to ignore these voices. It’s time now to move on from believing either that it must have been ‘the Sun wot won it’ or that ‘the Sun didn’t win it’ in relation to political campaigns. Instead, we need a more complex understanding of media power as a phenomenon that distorts democratic processes but that has its own limitations – as something pervasive but also contingent, fragile and unstable.

How do we make sense of this contradiction following the general election?

First, it is undeniable that whole swathes of reporting were hugely biased. Despite their appalling campaign, press coverage of the Tories – measured by circulation – was fairly neutral overall while Labour (widely acknowledged to have run a fantastic campaign) attracted far more negative coverage than any other party. In terms of endorsements, the Tories received support from 80% of the Sunday press and 57% of the daily press with Labour receiving 20% and 11% respectively, hardly proportionate to the final tally. Of course, broadcasters – forced to respect ‘due impartiality’ – were not partisan in such an open way but they nevertheless happily reproduced memes about Corbyn’s ‘unelectability’, his alleged links to terrorists and his reluctance to send millions of people to their death by pressing the nuclear button.

This was epitomised by Jeremy Paxman’s interviews with the two main party leaders where 54% of airtime was devoted to issues pushed by the Tory campaign compared to 31% for issues pushed by Labour. Meanwhile, the BBC continued to circulate a Laura Kuenssberg report on Corbyn’s views on ‘shoot to kill’ that had been censured by the BBC Trust because of its misleading editing; it failed even to acknowledge that the clip was the subject of a complaint that had been upheld until the final day before the election. It would be foolish, in these circumstances, to think that the constant repetition of Corbyn as either dangerous or deficient had absolutely no impact on what the wider electorate was discussing.

Having said this, it’s also clear that millions of people rejected the preferences of press moguls and the cynicism of the commentariat and turned to social media for a wider range of sources. When, after years of declining wages, voters were given the chance to punish Theresa May’s political opportunism and to vote for a distinctively progressive, anti-austerity programme, some 13 million people took up this offer.

This conundrum about media influence has led to some rather polarised claims. Predictions that the right-wing press have had their day or that media bias is no longer an issue are just as misconceived as Sun editor Tony Gallagher’s assertion after the Brexit vote of the continuing power of newspapers. Both miss out on the fact that media influence is connected to the ideas that people hold at any one moment – a consciousness that is not fixed or immutable. During elections, pundits talk about ‘volatility’ and ‘swings’ as if these were mysterious processes with logics of their own. They are not. Campaigns, just like media, can change minds but it depends on what the message is, whether voters are actually exposed to it and how it connects to their own experience.

That’s why by far the biggest story of the election itself should have been about how voters changed their minds over the course of six weeks – about the ‘Labour surge’ and the virtual disappearance of the Tory lead in most opinion polls. Survation, for example, reported that a 17% poll lead for the Tories at the beginning of May had dropped to a single point just before election day. It asked a good question: ‘What’s going on?’ Tragically, this was not a question that many commentators bothered to ask. So while Corbyn’s energising of the whole election campaign should have been the lead story, this wasn’t a ‘frame’ that the media were prepared to adopt. And so long as the mainstream media fail to recognise just how dramatically politics in the UK has changed, media bias – and the need for media reform – will remain a major issue.