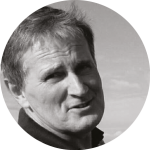 Professor and Associate Dean of Global Engagement at the Bournemouth University.

The unexpected, ‘snap’ general election of June 2017 was a pivotal moment in the history of the UK’s evolving democracy. Arguably, of course, nobody ‘won’ it in the sense of getting an overall majority, but the incumbent government remained in power, albeit as a minority administration. An important significance of the event, though, was the inability of The Sun and the rest of the right-wing press to sufficiently influence the course of the election to prevent the shock loss of the Conservative Party’s majority – and more specifically to enable the party to sustain the massive opinion poll leads it consistently enjoyed until the end of the campaign.

The proud boasts of The Sun in May 1992 that “It’s The Sun wot won it” and in May 1997 that “It’s The Sun wot swung it”, following successive Conservative general election victories, were always controversial – and with the newspaper’s proprietor, Rupert Murdoch, switching its allegiance in advance of the Labour landslide of 1997 there were suggestions that far from influencing those elections, Murdoch simply had a knack for backing winners. Despite those claims, however, in 2017, neither Murdoch nor his peers in right-wing newspaper ownership seemed to realize until the shock exit poll that they had spent the whole of the election campaign backing losers.

The scale of the Conservative loss in 2017 was amplified by the seismic shifts in opinion polling results over the period. Survation’s final poll was the closest to the actual result, but in mid-April, as Theresa May announced she was calling the election, the same company found the share of voting intention to be Conservatives 40% and Labour 29%. As Jeremy Corbyn’s campaign gained momentum, the tirade of Conservative propaganda and the smears levelled against Corbyn by the right-wing press failed to halt Labour’s unprecedented rise over such a short time to an eventual 40% share of the actual votes cast. That tirade included contributions from The Sun in the form of such headlines as “Jezza’s Jihadi Comrades” (7 June) and “Don’t Chuck Britain in the Cor-Bin” (8 June).

Why, though, have The Sun and the rest of the UK press lost so much of whatever influence they once had on the electorate? The answer must surely lie in the dwindling circulation figures for the printed press over time and a failure to reach large enough audiences electronically to mitigate against them. According to ABC, in the preceding ten years the daily sales of print editions of The Sun have fallen from almost 3 million to 1.75 million, while the Daily Mail has fallen from 2.3 million to 1.5 million and the Daily Express from 0.79 million to 0.42 million. In 2016 the NRS survey of audience size estimated the audience reach of The Sun to be 3.9 million, or 7.5% of the adult population over 15 years old. In total only 23.2% of the UK adult population aged 15 years and older – that is 12.1 million people – were reading national daily newspapers of any political persuasion.

By contrast, audiences for the broadcast media have remained relatively buoyant while newspapers have been in decline. The television audience data supplied by BARB indicate a weekly audience in 2017 of 92.9%, and radio listening measured over a week by RAJAR remains stable at 90% of the adult population. Admittedly, only a small percentage of that viewing and listening may be to broadcast journalism content, but BARB shows a typical edition of the News at Six (BBC1) can attract an audience of five million viewers – and of course there are other news programmes at other times of the day and on different channels, meaning the cumulative audience for television news supplied by mainstream broadcasting outlets in the UK is much higher than that. Even music radio stations tend to broadcast news on the hour during daytime, so increasing the reach of broadcast journalism, including its election coverage.

The key difference between newspaper journalism and broadcast journalism lies in the tight regulation of radio and television here, that prevents the kind of partisanship that is commonplace in the press from influencing content in broadcasting. Particularly tight rules in the Ofcom Broadcasting Code and the BBC’s Editorial Guidelines relate to election periods and the impartiality required of broadcasters, including over balance in reporting. Countering the influence of the press even more, there has developed what we might call a “third force” in public discourse around politics and politicians generally through the growth of social media, which allows a much greater dissemination now of alternative information and comment as well as direct communication from parties that are traditionally disadvantaged, such as Labour, to new audiences online.

This relative muting of the press barons, in their attempts to subvert the course of elections in the UK, is very welcome – as in one sense democracy finally comes of age.